I was preparing to write a blog post on my research for the 1 John 2:19 Scripture passage used and abused by Calvary Temple cult leader Star R Scott; however, after much consideration, I’ve decided to let Tactics’ post stand as is. Why? Because the fact of the matter is that wolf Bob Scott never uses God’s Word as God intended. He has always used Scripture to lie, manipulate, cheat, control, connive, and destroy lives. An in-depth study isn’t always necessary for Truth. Bob Scott’s track record speaks for itself.

This statement is used to describe and foster the illusion that those pastor has forced out are somehow responsible for the abandonment of their own families. He is using Scripture once again, to camouflage evil deeds of destruction. He is lying about the real reason people have left Calvary.

Please note that Tactics writes, “some examples,” meaning that this is by no means an exhaustive list. There are countless more stories that both Tactics and I could share, but I believe that you get the point. 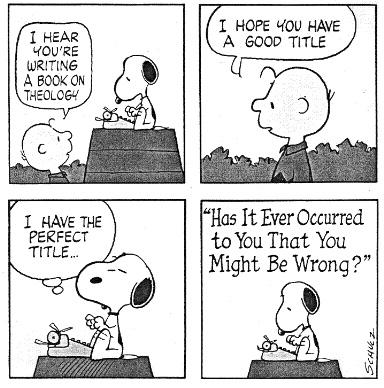 The fact is, Bob Scott is a wolf in sheep’s clothing. He only knows how to do two things:

Stay away from Calvary Temple located in Sterling, VA. I also want to remind everyone that Bob Scott and his poisonous ways exist in other locations, too. While Richard Miller’s and Tony Wozniak’s cults are not officially affiliated with Bob Scott and Calvary Temple, do not let that fool you. Their teachings are toxic just the same.

There used to be at least six more locations…all gone now! Thank God that the majority no longer exists! In fact, Bob Scott’s attempt to open a satellite location in Winchester, VA never truly got off the ground and the project was seemingly abandoned in 2015. If only these last five would close. I believe that not only will they close, but Bob Scott will finally pay his dues…in God’s perfect timing.

In the meantime, remember that there are good churches out there. But before attending, do a simple Google search. Google Calvary Temple, Sterling, VA and see the plethora of bad press and heartbreaking personal stories. Check out my VIP LINKS and VIP DOCS pages. More than enough evidence exists to prove that Calvary Temple is not a safe place for you or your family.

Don’t forget that members of Calvary Temple are still part of an active investigation by the Loudoun County Sheriff’s Office into child sexual abuse. There was one arrest in 2018 with the court case pending for the spring of 2019.

Please, please, please…stay far far far away from any and all things pertaining to Calvary Temple.