I’ve been chomping at the bit to write my commentary for this Tactics post from August 2014.

Rightly so, Tactics makes a point about Wolf Bob Scott regurtitating “half-truth(s)” from his faux pulpit:

Break Down of a Half-Truth

Can we just call it like it really is? Bob Scott LIES. Always has, and unfortunately, most likely always will. Tactics calculates out just how much time a Bobite actually spends (required by BS) at the cult of Calvary Temple. Bob’s half-truths say that this pore sap under recruitment, who lives in Fairfax, drives by the cult everyday for work – should he decide to leave his church where his wife attends – he’ll be spending a mere hour per week. That’s not so bad, is it. Is it?

Tactics does the calculations in 2014* CTC required attendance figures:

“Let’s get our calculator out. Five work days + plus three services n/o + two prayer nights n/o + one family night n/o = eleven trips to Sterling per week. Just another typical half truth we like to propagate here at good ol’ Calvary Temple Sterling.

(n/o- not optional; mandatory, required, or you are deemed luke-warm, rebellious, backsliding)”

Hmmm…that sounds like a whole lot more than just one extra day/hour per week (keep in mind that the average CT “service” is at least three hours long. And, let’s not forget that little commute from Fairfax to Sterling, and back to Fairfax), doesn’t it?

But, this is not the point that I would like to make about this very misleading Bob Scott tactic.

Look what Wolf BS is really trying to do here:

The handwriting is on the wall.

Exaggeration? Not on your life.

Oh. And let’s not forget that when people want to LEAVE the Calvary Temple Cult, even if it’s to attend another church – [insert the REAL reason the majority of people leave CTC:  they finally see this place for the abusive cult that it is…] – there is NEVER a good reason for doing so, according to this false shepherd. Yet he doesn’t think twice about luring someone away from one church to attend CT – effectively padding CTC numbers, and lining Bob’s pockets with more money.

When will it end? Here we are almost four years after this post was written by Tactics, and Bob is still getting away with this. I wonder if the guy in question ever fell for these manipulations and half-truths? If he did, I wonder how long they let him attend without his wife and/or kids before they started filling his head with thoughts of separation; spewing ultimatums?

Father, how long? I know that King David cried out that very same thing to You in Psalm 13. How long, Father, must people be lied to by this evil man? How many more families will be separated and/or destroyed? How many more abuses? How many more molestations? How long will this Wolf and the Bobites trample the Precious Blood of Jesus under their feet? How long?

As we stand on the wall and shout out warnings to stay far away from Calvary Temple, Sterling, VA, be wary of any member, no matter how nice they seem. While Jesus uses us to speak the truth about this place, hoping to keep people safe, and perhaps shake the hearts of those still attending this cult, we wait.

We wait. We warn. We tell our stories. We speak the truth. We call out Bob Scott’s half-truths and lies. We pray. We stand.

For such a time as this. 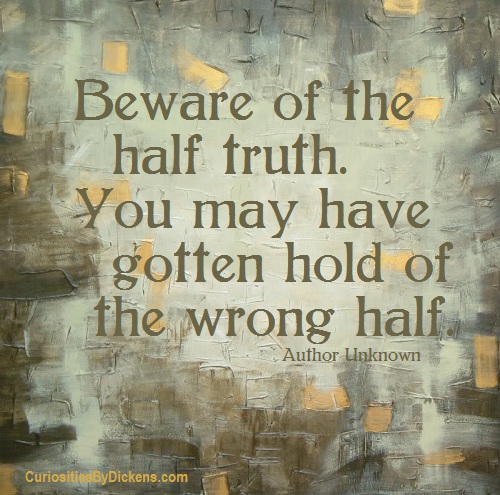