Happy New Year! Can you believe that it is 2020?  Another decade goes into the record books. Perhaps this is the year that Bob Scott, and everything notorious within Calvary Temple, will be brought to Light.

Tactics wrote this blog post five years ago, Yet Breathing Out Threatenings…(Acts 9:1,13,14), using the pre-conversion Saul of Tarsus, the harsh, self-righteous persecutor of Christians, as a direct comparison to Bob Scott. A brilliant choice by Tactics to illustrate how Bob treats people while working hard to keep his deep and dark secrets hidden from the world.

Bob, I’ll let you in on a little secret: you can’t hide from God. Pharisee Saul couldn’t. Neither can you.

This has to be one of my favorites of Tactics, for several reasons:

When pastor no longer can rely on our silence, he resorts to threatenings (via the leadership). Veiled threats of dragging folks into court for “slander” if they reveal the facts of what goes on here. This effective tactic has muzzled many a good person who has left Calvary Temple in the past. Sounds like Saul prior to his conversion on the road to Damascus. The Pharisees’ way of control was threatenings, stoning, putting out of the synagogue. Jesus’ was of control is Love and Truth. He never threatens anyone. Ever.

Getting to it, Tactics for sure states the truth. Bob Scott does threaten people. He has been issuing warnings and threats against “slander” for over 40 years. It’s what he does. And, he’s good at it.

Bob Scott has never taken anyone to court for slander.

Why? Because, in the first place, he can’t.

He can’t take anyone to court because, according to attorneys, it isn’t slander if the person believes what he or she is saying, to be true.

In other words, when I say Bob Scott is a pedophile, and I believe it to be true – which I most definitely do – I am not slandering Bob Scott. (Plus the fact the victim(s) have spoken out saying that Bob Scott molested them, and there is evidence, along with a police report. So…)

Not only do I believe it to be true, but Bob Scott knows it’s true, too. He knows what he’s done, and to whom. He knows. The victims know. And I know.

Every attorney we’ve spoken to about Bob Scott, and his threats of suing us for slander has said – and I quote: “Let him sue you for slander. I would LOVE to depose him.”

A reminder as to what a deposition is, it is a sworn statement given under oath. If you lie in a deposition, you could be prosecuted for perjury, which is a crime.

To continue, Tactics gets it right when he/she compares Bob Scott to Pharisee Saul. Bob Scott is just like Saul, the persecutor of Christians. He is harsh and self-righteous using the Law to keep the Bobites in line – the very same Law that he himself breaks, abuses, and disregards. Bob is nothing like the Apostle Paul, who Saul became on the Road to Damascus.

And because BS is like Saul, NOT Paul, I do have to say this about Bob Scott and his tactics. People do leave Calvary Temple fearful of this man and his threats. However, BS doesn’t just threaten people when he, “no longer can rely on our silence.”

No, Bob Scott spews threats all of the time, every time he opens his mouth. If you have the stomach, try listening all the way through one of his “teachings” sometime. His words are laced with malice and disdain and threats of hell. You can never do anything good enough or right enough. You are never “saved” enough. It doesn’t matter if you do every solitary thing that he says, he will always find something to keep you fearful. Fearful enough to stay in his cult, and keep his dirty little secrets…or else.

The veil of threat lays like a cloak over the entire place. There is no peace at Calvary Temple.  There is, however, fear. Deceit, secrecy…and fear.

No wonder people have left that place for the last forty years shaking and quaking in their boots, refusing to speak out! Bob Scott does not hesitate to twist and manipulate God’s Word to keep everyone quiet so that he can continue in his ruse of supposed righteousness.

Make no mistake. There is nothing righteous about Bob Scott. He is, however, a self-righteous destroyer of good people. He will stop at nothing to protect himself, his money, and to try to stay out of jail.

That is what this has always been about.

It’s all about Bob. His life. His lavish lifestyle. His supposed reputation. His immoral actions. His secrets. His freedom.  He cares nothing about you. He cares not a wit about anyone. He only cares about himself.

Not anymore, Bob Scott. Your days are numbered. I hope that you do have to give a deposition. Under oath.

You, Bob, are no Apostle Paul.

In the meantime, I will keep speaking the truth about you. 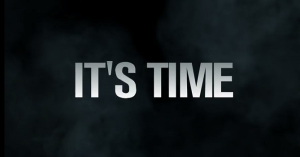 Everyone. Inside and outside of Calvary Temple – It’s time.

Break the silence. Speak out. Don’t let Bob Scott control you any longer; to threaten and manipulate you.

He can’t hurt you.

HE CAN’T HURT YOU.

Don’t let him continue to think that he can. He can’t. Period.

For Such A Time As This.