It’s the day after Christmas 2019. I am usually a thankful person, but I get especially grateful this time of year. For me, the bonds of Calvary Temple were broken, and I was free again 12 years ago just a few weeks before Christmas 2007.

I am so happy to be out of that place, yet the consequences of those years there are still present and will never, ever go away. Everything changed because of my time in Calvary Temple. Every single thing.

Which leads me to Tactic’s December 29, 2014, blog post, The Pied Piper. The link in this post is broken, but the musical video by Crispian St Peters, can still be found. If my memory serves me correctly, this is the video: https://www.youtube.com/watch?v=5kBj_SiZIrA

However, the video isn’t as important as what’s written in Tactics’ post. Let’s first review the story of the Pied Piper. To keep this brief, Collins Dictionary offers the legend (1), and the modern day meaning (2):

a musician who rids Hamelin of its rats by leading them with his piping to the river, where they drown: in revenge for not being paid, he pipes the village children to a mountain, where they disappear.

a leader whom people willingly follow, often, specif., one who leads others into danger or trouble by means of elaborate, false promises

Did you see it? Number 2 hits the nail on the proverbial head. Bob Scott is the Pied Piper. He comes across as someone who is ‘good’ and can be trusted, but in the end, all he wants is to kill, steal, and destroy. For those who trust and follow him, there are dire consequences.

Parents, we live in an evil world. God Himself warns us saying that it would get worse. Our pastor plays on real and natural concerns you have for the spiritual wellbeing of your kids. He promotes Calvary Temple as a mecca of all things good, pure, healthy, and godly. It is false advertising. Calvary Temple is a graveyard of broken and destroyed families. Whitewashed by unsuspecting youth, who parrot pastor’s agenda, in order to lure in more unsuspecting families and young adults. Leaving a trail of evil, sorrow, and despair behind him. He will keep your children. He has done it repeatedly. Beware.

So, there you have it.

The moral of the Pied Piper story and Calvary Temple are virtually identical. If you follow someone like Bob Scott, you lose. You lose your children. You lose your family. And your life will never be the same.

Folks, there is no “happily ever after” ending to a Calvary Temple story. Life, in general, isn’t easy. I get it. That isn’t what I am saying. What I have been saying since December 2007 is that Calvary Temple is an abusive faux church that is not safe for anyone. Bob Scott is very much like the character presented in the German fabled, “Pied Piper.” He will use any method available, to destroy your family, and to take your children, never to be seen again. 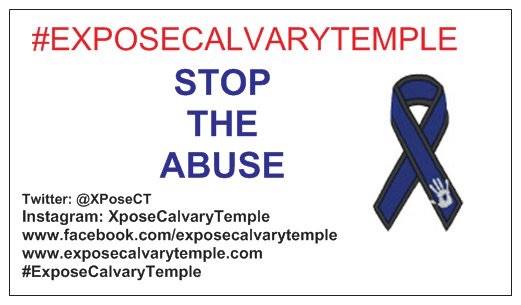 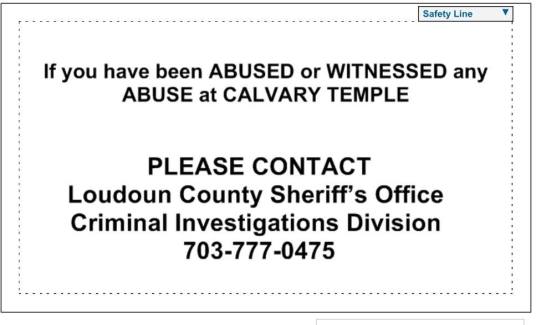