Tactics does a very good job with this post, so, much like I did with my last commentary, I will add my comments to Tactics’ words (Tactic’s words are in maroon). Hope that this works for ya’ll, too.

The tactic of saying one has committed “spiritual adultery” is often used on real believers who love God, but may have rebuked our pastors, saying that they are behaving unscripturally. In order to silence the Godly individual’s reproof, the leadership marks them, shuns them, and tells the congregation that the believer has committed spiritual adultery; everyone is, of course, shocked at the revelations. So we now have to go into passive mode again because it is just too confusing to understand. Our pastor knows more than we do, so we won’t ask questions. It is easier to blindly trust what the pastor says about the individual, but is that the right thing to do?

I, and others whose numbers are way too many to count, have been on the receiving side of this particular tactic. Bob Scott has a nasty habit of accusing people whose eyes have been opened and are now openly either questioning, or have left the Calvary Temple cult, and are now speaking out, of spiritual adultery, and even worse. As we’ve already seen in just the those first few **posts of Tactics, standing in his faux pulpit openly slandering people who the congregants of CT have only known as loving, God-fearing people, actually combines a few tactics from Bob Scott’s evil arsenal. Bob Scott is not to be questioned, so he has yet again successfully cow-towed the congregants back into submission, you know…just in case someone else is having their eyes opened and wants to start questioning “leadership”. Therefore, the confusion and chaos environment is kept in check so that Bob’s “every evil work” can continue.

But the fact is, Bob Scott uses his bully pulpit to lie and slander people who dare to question him about what he is doing, and has been doing to people, to their families, to their friends, and to Jesus and His Word.

I can attest to this because it happened to me. If you read my story, (TWW: How Calvary Temple Caused My Family to Break Apart), you’ll see that as God opened my eyes, and when I started asking questions, “leadership” began watching me…they were “concerned.” After leaving, when I commenced to speaking out, especially when the Washington Post article came out (WaPo 11/2008), I was marked, accused of dumpster diving (that still makes me laugh), and called a “Daughter of Satan” along with my dear friend Marsha Foster (Read Gary and Marsha’s Story).

It all sounds pretty incredulous, doesn’t it?

I admire Tactics for the efforts made early in his/her blog postings to try to encourage and admonish the CT congregants, I really do. But, I have to tell you, after spending nearly 15 years in that cult – after I left? Out of over 400 people, only two reached out to me to find out why I left. Two. And of those two, neither would believe what I was saying to them about what I was finally seeing. Everyone unquestioningly believed what that Wolf Bob Scott said about me.

Regardless of the fact that I was still a Bible believing Christian attending a sweet, healing church in Leesburg, VA, which, by the way, Gary and Marsha Foster were actively already a part of. None of that mattered.

If you want to know the truth, Spiritual Adultery is what Bob Scott and the CT minions commit every single day. Bob Scott, if I’ve said it once, I’ve said it a thousand times, is a liar, a predator, a child molester, a blasphemer; a narcissist seeking riches, fame, and fortune off of the backs of the blind CT sheep. Tactics did encourage members of Calvary Temple to study the Bible..and they do, believe me, but they do not think for themselves. They read the Bible, but they ‘hear’ through a filter. Why? Because they have been blinded, abused and manipulated by Wolf Bob Scott.

Why can I say this? Because I was once blind, too. But God!

Calvary Temple is not a church, it is a cult; a blight on the Sterling, VA community. Please, keep you and your family safe. Stay far away.

**(Remember, I’ve gone back to the very beginning of The Tactics of Calvary Temple blog which began with one post at the end of December 2013, and continues on to this day. I’m only on February 2014.) 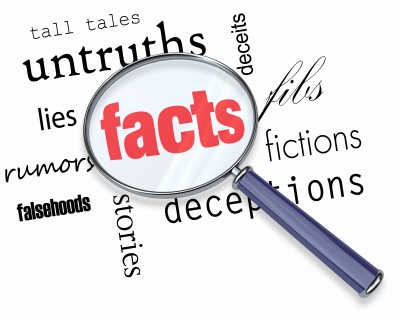