I can honestly say that I have thought about Ezekiel 34 nearly every single solitary day for over ten years. I know for a fact that God showed this specific chapter from the book of Ezekiel to our little group of standers. More specifically, Ezekiel 34 contrasts wicked shepherds with our one True Shepherd, Jesus.

If you’ve never taken the time to read Ezekiel 34, take a minute and do so now:

My heart has continually believed that God uses people – the Bible is chock-full of examples – so it isn’t a stretch to believe that God is using ex-CTers and community members, as well as news and media resources, and other watchmen on the wall like The Wartburg Watch (The Wartburg Watch – Calvary Temple Series), to sound the alarm over abusive cults like Calvary Temple in Sterling, VA.

Because of how firmly I believe that God showed us Ezekiel 34 way back in 2007 – in conjunction with what has been going on in Calvary Temple for a very long time now – you can imagine how excited I was to see Tactics include verses from Ezekiel 34 to prove September 17, 2014’s point regarding, “Warfare.”

While a brief one from Tactics, the message was loud and clear, “Pastor says that we are under attack. The warfare is from rebels (people) exposing his own words, deeds, and methods of camouflaged destruction of lives.”

While none of this is even remotely funny, I did have to chuckle over the fact that Bob Scott actually believes that he and his cult are, “under attack.”

Question for you, Bob: Since when is speaking the TRUTH “warfare” or an “attack?” How did Tactics put it?

“The warfare is from rebels (people) [us ex-CTers] exposing his own words, deeds, and methods of camouflaged destruction of lives.”

…did you catch it? “…camouflaged destruction of lives.”

That’s what YOU do, Wolf Bob Scott. You hide. You lie. You cheat. You steal. You trample. You push and shove. You molest. You take. AND You think that you are flying under the radar, getting away with it all; getting away with “destroying lives,” destroying God’s sheep.

But God sees. God knows. God is exposing you. God does not mince words, Bob. Ezekiel 34 puts it like this:

“The word of the Lord came to me: 2 “Son of man, prophesy against the shepherds of Israel; prophesy and say to them: ‘This is what the Sovereign Lord says: Woe to you shepherds of Israel who only take care of yourselves! Should not shepherds take care of the flock? 3 You eat the curds, clothe yourselves with the wool and slaughter the choice animals, but you do not take care of the flock. 4 You have not strengthened the weak or healed the sick or bound up the injured. You have not brought back the strays or searched for the lost. You have ruled them harshly and brutally. 5 So they were scattered because there was no shepherd, and when they were scattered they became food for all the wild animals.6 My sheep wandered over all the mountains and on every high hill. They were scattered over the whole earth, and no one searched or looked for them.

And Bob, because I do not believe that you were EVER a shepherd, but always a hireling. A charlatan. A WOLF – God Himself will come in to save and rescue. 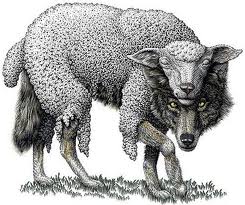 “15 I myself will tend my sheep and have them lie down, declares the Sovereign Lord. 16 I will search for the lost and bring back the strays. I will bind up the injured and strengthen the weak, but the sleek and the strong I will destroy. I will shepherd the flock with justice.”

No, Bob. You are no shepherd. You never have been, and you never will be. Not only that but because of your treatment of God’s sheep, I’m afraid that you are going to suffer the consequences of your 40+year reign of terror. You AND your underlings.

Your days are numbered, Bob. As I’ve said before…not my words. 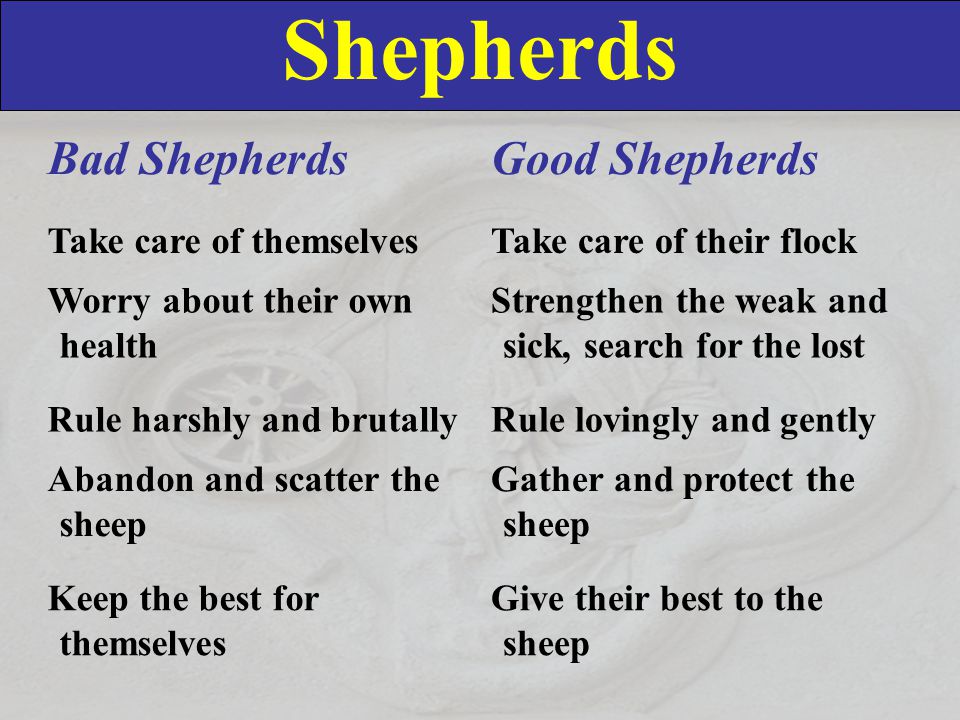