Interestingly enough, Tactics does not include a Scripture with this September 15, 2014 post, Religion or Jesus?, and I do have to wonder why. One of Tactics’ hallmarks, long before videos and trailers were included, is the use of Scripture to help make clearer the points of the pieces.

As I was thinking about how to write this commentary, I initially was going to bring in the words/lyrics to Jefferson Bethke’s video, but have decided against doing that. I’ve added the link if you care to read them yourself. Sometimes I find it easier to read along as the artist performs so that I can completely get the words being sung or spoken…or in this case, rapped.

I do believe that it is important to see Bethke’s reason for writing this selection in the first place. In his own words:

“A poem I wrote to highlight the difference between Jesus and false religion. In the scriptures Jesus received the most opposition from the most religious people of his day. At it’s core Jesus’ gospel and the good news of the Cross is in pure opposition to self-righteousness/self-justification. Religion is man centered, Jesus is God-centered. This poem highlights my journey to discover this truth. Religion either ends in pride or despair. Pride because you make a list and can do it and act better than everyone, or despair because you can’t do your own list of rules and feel “not good enough” for God. With Jesus though you have humble confident joy because He represents you, you don’t represent yourself and His sacrifice is perfect putting us in perfect standing with God!” – Jefferson Bethke

But, my heart tells me that what I should do is highlight the Words of Jesus. This is what our Lord Jesus has to say about the religious:

23 Then Jesus spoke to the crowds and to His disciples, 2 saying: “The scribes and the Pharisees have seated themselves in the chair of Moses;3 therefore all that they tell you, do and observe, but do not do according to their deeds; for they say things and do not do them. 4 They tie up heavy burdens and lay them on men’s shoulders, but they themselves are unwilling to move them with so much as a finger. 5 But they do all their deeds to be noticed by men; for they broaden their phylacteries and lengthen the tassels of their garments. 6 They love the place of honor at banquets and the chief seats in the synagogues, 7 and respectful greetings in the market places, and being called Rabbi by men. 8 But do not be called Rabbi; for One is your Teacher, and you are all brothers. 9 Do not call anyone on earth your father; for One is your Father, He who is in heaven. 10 Do not be called leaders; for One is your Leader, that is, Christ. 11 But the greatest among you shall be your servant. 12 Whoever exalts himself shall be humbled; and whoever humbles himself shall be exalted.

15 “Woe to you, scribes and Pharisees, hypocrites, because you travel around on sea and land to make one proselyte; and when he becomes one, you make him twice as much a son of hell as yourselves.

23 “Woe to you, scribes and Pharisees, hypocrites! For you tithe mint and dill and cummin, and have neglected the weightier provisions of the law: justice and mercy and faithfulness; but these are the things you should have done without neglecting the others. 24 You blind guides, who strain out a gnat and swallow a camel!

27 “Woe to you, scribes and Pharisees, hypocrites! For you are like whitewashed tombs which on the outside appear beautiful, but inside they are full of dead men’s bones and all uncleanness. 28 So you, too, outwardly appear righteous to men, but inwardly you are full of hypocrisy and lawlessness.

29 “Woe to you, scribes and Pharisees, hypocrites! For you build the tombs of the prophets and adorn the monuments of the righteous, 30 and say, ‘If we had been living in the days of our fathers, we would not have been partners with them in shedding the blood of the prophets.’ 31 So you testify against yourselves, that you are sons of those who murdered the prophets. 32 Fill up, then, the measure of the guilt of your fathers. 33 You serpents, you brood of vipers, how will you escape the sentence of hell?

34 “Therefore, behold, I am sending you prophets and wise men and scribes; some of them you will kill and crucify, and some of them you will scourge in your synagogues, and persecute from city to city, 35 so that upon you may fall the guilt of all the righteous blood shed on earth, from the blood of righteous Abel to the blood of Zechariah, the son of Berechiah, whom you murdered between the temple and the altar.36 Truly I say to you, all these things will come upon this generation.

My oh, my. It is my opinion that Jesus could not have been more clear.

I will end with this – Bob Scott, your days are numbered. How long will Jesus allow you to continue your path of destruction and desolation? You have plundered, stolen, trampled, destroyed, maimed, and murdered for far too long. If you won’t listen to Jesus and His Holy Spirit, I have to wonder who you will listen to. I suspect that I already know whose voice you have been heeding for well over forty years. Satan has already been tried, judged, and found guilty. I fear that you may be next.

To the Bobites, you are following the wrong “master”, placing Bob Scott on a pedestal where he should never have been put. Read Matthew 23. Jesus is speaking directly to your leader, and to you. Stop listening to a wolf. Listen, instead, to that Still Small Voice. I know that the Holy Spirit is speaking to you. Stop pushing Him aside. Before it’s too late.

Everyone. The Calvary Temple Cult is rife with religion and the religious, but CTC has no heart for Grace, Truth, for Jesus, or for His Word. Bob Scott is nothing but a pseudo self-righteous Pharisee who only cares about himself. Please do not think for one second that this is a safe place for you or your family. Stay far away. Do a Google search. You will find that members of Calvary Temple have been under investigation by the Loudoun County Sheriff’s Office for child sexual abuse for over three years. The Loudoun Times Mirror has done nearly a dozen articles concerning this, including its most recent published last Wednesday, April 11, 2018. Do not take CTC at face value. You will be duped and deceived…mark my words. 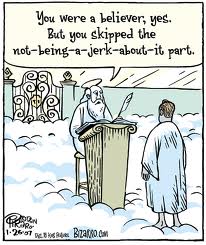