After a small hiatus, I have been chomping at the bit to comment on this November 25, 2014, post from Tactics, Good Cop/Bad Cop.

So thankful that the video is still up for viewing – and view it, you must. While animated, the piece does give a fairly accurate glimpse into the workings of Bad Pastor, Bob Scott, and his trusty Henchmen/Hench-women, while conducting those backroom meetings.

But I should maybe clarify one thing: Bob Scott always tries to make himself appear to be the Good Cop. Those of you who have been in those back meetings, am I right or wrong? He always wants the Ron Zarou’s, the Waleed Zarou’s, the Kimberly Scott’s of his establishment to do his dirty work. Bob Scott always wants everyone to believe that he is a kind and loving shepherd.

That is, until he is not.

Which lends to the perpetual confusion in this place. You want to believe that Bob Scott is a true shepherd. But he can’t help himself. The wolf under the mask always peaks out.

The reality is far from it. Bob Scott, in actuality, is a coward and a narcissist. What you may or may not realize is that there are “Pre-Meetings” that BS has with his cohorts prior to calling the hapless Bobite back into the dark domains of his Calvary Temple Kingdom. That’s when the real Bob Scott, the Wolf, comes out. Imagine, if you will…or try to, anyway…Bob’s inner circle gathering for the pre-meeting. Making sure that everyone is on the same page (Bob’s page or version). Hearing the sarcasm, the gossip, the lies, the half-truths, the yelling, the belittling. I am here to tell you that it happens.

I’m talking about – you know – the Bob Scott that wants to punch women in the face, or calls someone a “pain in the neck” no less than five times during just one meeting. The Bob Scott that dictates locking women up in hotel rooms and keeping them from their children. The BS who throws under-aged children out of their homes in the middle of the cold winter with no place to go. The false shepherd who demands that parents take their children to the gate and stone them, a.k.a. “treat them as if they were dead” …

I could go on and on, but I believe that you get the picture.

Tactics has a lot to say in this piece. Take a moment and read it again:

The aggressive behavior of some of our leadership is legendary; either through first hand experience or rumors. Because close friends of Pastor will not be subjected to this tactic, it serves as a method of crowd control. A bid to baffle and keep all of us uneasy. After being shouted at by Pastor, we are often shell-shocked, offer a few respectful protests, then are silent. The scorn which we (especially the ladies) are treated in these private meetings is debilitating. We become desperate for Pastor’s favor, although we have done nothing wrong. We “stand down” to the manipulation/abuse in order to re-obtain our imaginary unity.

Bludgeoned into accepting Pastor’s verdict. Longing to see the “good cop” once again. Confused, coerced, cornered and finally cooperating with something that deep down, we know is wrong. Sinning against our own conscience. WARNING: do not agree with what you know is wrong. Stand your ground, and having done all, stand. (Ephesians 6:13,14)

I do disagree with one sentence of Tactics’, “Because close friends of Pastor will not be subjected to this tactic, it serves as a method of crowd control.”

Bob has actually used these treacherous methods on his pastoral staff, including the wives of pastors. I am not too sure why Tactics seems to believe that Bob Scott’s close friends would be excluded. It has always been my belief that he would throw his own wife or his children under the bus to protect his own hide; his “image” – and his money.

At the end of the day, does it really matter who in Bob’s hierarchy this happens to? The bottom line is for you to think about what is written here. The *countless stories of people who have been demeaned and belittled by a supposed “man of God.”

Think about any truly humble man, or woman, you’ve sat in a meeting with – even if you were in “trouble”. Is this how they acted?

I am sure that they didn’t.

Yes, I know that people are human. We can all “lose our cool” every once in a while. But, don’t you admit when you are wrong? Don’t you apologize? Do you continually treat people like garbage? Do you always come off as the “bad cop”? 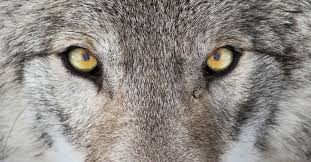 Folks, be warned. Calvary Temple in Sterling, VA is not a church. It is not a safe place for you or your family. The testimonies are out there. The horrendous treatment continues. Do not go in there thinking that it can’t or won’t happen to you. I am here to tell you, that the odds of it NOT happening to you are not good.

Don’t forget that Calvary Temple and several CT members are under a long-time investigation by the Loudoun County Sheriff’s Office into allegations of child sexual abuse. Their investigation has resulted in one arrest to date, with hopefully more coming – sooner rather than later.

One last word: This message is to those of you who served in a leadership role under Bob Scott, who know all about Bob and his crimes and misdemeanors, who left Calvary Temple yet still refuse to come forward and tell LCSO what you know…shame on you. You are just as guilty as Bob, then.