(It is also April Fool’s day, Bob…think about that).

In God’s realm, I don’t believe in coincidence.

This was one of Tactics’ shortest, yet, in my opinion, most powerful posts to date when published just about four years ago.

Tactics names the piece, Jesus is King, asks the question, “Pastor, do you know — or have you forgotten?” – presents the following video:

…and then states, “Hope you find Him again.”

I spent today thanking Jesus for the gift of His life offered for me. I watched Pastor Gary Hamrick (online) talk about Jesus and Easter and salvation. I highly recommend that anyone and everyone take the time to view A Living Hope.

Then I went to my local mall’s movie theater and watched, I Can Only Imagine.

As a quick synopsis, Google offers this, “Growing up in Greenville, Texas, Bart Millard suffers physical and emotional abuse at the hands of his father, Arthur. When Arthur becomes terminally ill, he finds redemption by embracing his faith and rediscovering his love for his son. Years later, Bart’s troubled childhood and mended relationship with his dad inspires him to write the hit song “I Can Only Imagine” as singer of the Christian band MercyMe.” (https://www.google.com/search?q=i+can+only+imagine+movie&rlz=1C1CHBD_enUS716US716&oq=I+&aqs=chrome.0.69i59j69i60l3j69i65l2.1161j0j7&sourceid=chrome&ie=UTF-8).

MercyMe, personally, my all-time favorite Christian group…ever. This movie is based on lead singer, Bart Millard’s life…a story of pain, redemption, and forgiveness. I loved it (not a dry eye in the place) and I highly recommend it.

But, what does Easter, and Cornerstone’s teaching, and the forgiving, redemptive movie, I Can Only Imagine, have to do with Tactics post?

Truly, there is no happenstance here.

It is my belief that Jesus, in His mercy and grace, is today saying – yet again – to Bob Scott:  “Remember Who I Am. Repent. Ask for forgiveness. Go to those you’ve aggrieved, hurt, destroyed…stand and say what you’ve done. And My Grace will be sufficient for you.”

Like Bart Millard’s dad Arthur, Bob Scott has done terrible, horrible things to people, especially children. But, Arthur was not a “pastor”.

Wolf Bob Scott purports to be one.

Bob Scott, I will leave you with this – read the following words spoken in Tactics’ video by Dr. S. M. Lockridge, and I ask you the same question Tactics did, “[Bob Scott], do you [even] know [did you EVER know?] – or have you forgotten?”:

I wonder, do you know Him?

Do you know Him?

He’s the greatest phenomenon that has ever crossed the horizon of this world. He’s God’s Son. He’s the sinner’s Saviour. He’s the centerpiece of civilization. He’s unparalleled. He’s unprecedented. He is the loftiest idea in literature. He’s the highest personality in philosophy. He’s the fundamental doctrine of true theology. He’s the only one qualified to be an all-sufficient Saviour.

I wonder if you know Him today?

He supplies strength for the weak. He’s available for the tempted and the tried. He sympathizes and He saves. He strengthens and sustains. He guards and He guides. He heals the sick. He cleansed the lepers. He forgives sinners. He discharges debtors. He delivers the captive. He defends the feeble. He blesses the young. He serves the unfortunate. He regards the aged. He rewards the diligent. And He beautifies the meek.

I wonder if you know Him?

Do you know Him? Well…

His life is matchless. His goodness is limitless. His mercy is everlasting. His love never changes. His Word is enough. His grace is sufficient. His reign is righteous. And His yoke is easy. And His burden is light.

I wish I could describe Him to you. Yes…

Bob Scott – Do You KNOW Him? If you do, then you KNOW what to do.

I want to wish everyone a Happy Easter – He is risen! He is risen, indeed!

As always, Calvary Temple, even if Bob Scott bows the knee – and that is my hope and prayer – will NEVER be a safe place to hear the true Gospel of Jesus Christ. Please, I beg of you, do not enter into that place. There are many local churches – Cornerstone Chapel in Leesburg, VA- is one. Even if you can’t attend, listening online is WAY better than considering going to the Calvary Temple Cult located in Sterling, VA. 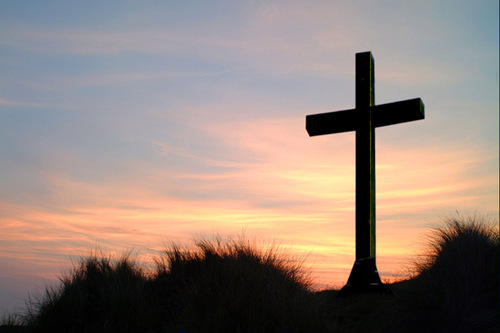