What I find so interesting about these early 2015 Tactics’ posts is how eerily they mirror what is going on in our nation right now. With this particular post, I can’t help but think about the Jeffrey Epstein child abuse case, his supposed “suicide”, and the countless children that he abused and hurt.

Take Bob Scott, leader of his cult, Calvary Temple, located in Sterling, VA – like Jeffrey Epstein, Bob Scott’s “hidden deeds” have been uncovered. Yet, the Bobites still in Calvary Temple, not only believe his carefully crafted lies, but they completely discount the literally hundreds of us ex-CTers who work diligently to expose these lies.

The video that Tactics includes, is too, uncannily timely. I’ll leave you to make your own conclusion about that one.

Yet, what Tactics says in this piece, Hidden Deeds, is true:

No panel discussion, no discrediting of our accusers, no amount of money can stop this onslaught of allegations. Either these things were done in our midst, or there are a whole lot of bored people sitting at home with nothing to do but make up stories and bring accusations against us and our leadership.

Mark my words, there is a plethora of items I’d rather be doing most days than to continue to try to wake up Calvary Temple members that still don’t want to wake from their brainwashed induced slumber. I don’t have the inclination or the time to make stuff up about Bob Scott. Besides, Bob, unlike you, I’m not a liar.

And sometimes warning the Sterling communities becomes extremely burdensome. After all, even after over 10 years of warning, protesting, and writing – because Loudoun County, VA is such a transient area, there are countless people who still don’t know the dangers of Calvary Temple.

But I won’t stop until Bob Scott is behind bars and Calvary Temple is no more. It is a true cult filled with deaf, and blind congregants who idolize and worship their cult leader, Star Robert Scott. It is most definitely not a church. Bob Scott wants you to believe that we are making all of this up.

But HE knows that we are telling the truth. Don’t you, Bob?

But God says, “For there is nothing hidden that will not be disclosed, and nothing concealed that will not be known or brought out into the open” (Luke 8:17). “If we say we have fellowship with him while we walk in darkness, we lie and do not practice the truth” (1 John 1:6). “But we [must] renounce disgraceful, underhanded ways. We [must] refuse to practice cunning or to tamper with God’s word, but by the open statement of the truth we [must] commend ourselves to everyone’s conscience in the sight of God” (2 Corinthians 4:2)

I refused Bob Scott in December 2007. I have been speaking out to expose him and his cult ever since.

Be warned. Calvary Temple is a dangerous place. It is not safe for anyone, especially your children. Always remember that members of Calvary Temple, including its leader, are still under an active investigation into allegations of child sexual abuse. Do your research. Open and investigate my VIP DOCS and VIP LINKS pages on this blog. They contain the most comprehensive list of resources concerning Calvary Temple.

Do not follow blindly. Think for yourself. Before it’s too late. 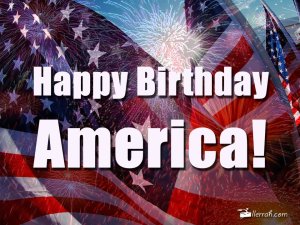