“Now blow this thing so we can all go home.” – Han Solo

Once upon a time, there was a false pastor named Star(r) Robert Scott. There are some people who don’t believe that he was always a dastardly charlatan, that’s true even today. However, in a land far away called California, young Starr Scott began his reign of terror. He molested little girls, took advantage of the kids he had in his youth group while serving as a (supposed) youth pastor, and he lied – “creeped” – his way to two quiet towns in Northern Virginia, finally settling in Sterling.

Don’t take my word for it. His own son composed an email exposing his father’s horribly destructive past, and the coverup that followed – Star Jr’s Email Exposing His Dad, Star Robert Scott. (warning – this email is really disgusting and very graphic)

If only Star Robert Scott would have been arrested in California and sent to prison.

If only Bob Scott’s “Deathstarr” (Calvary Temple) after construction, had been deconstructed.

As in the attached (pretty brilliant, I might add) video, taken to the top of a scaffold and dropped, shattering into pieces – 3,803 pieces, to be exact. 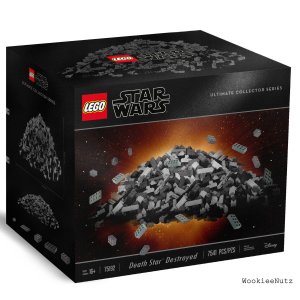 How about that for an introduction to Tactics’ March 8, 2015 blog post, Construction of a Deathstarr.

I have to be honest. While a Star Wars fan, to some degree, I am, by no means, a Star Wars fanatic or groupie. I have not seen every Star Wars movie. And I’ve never been on the Star Wars Wookepedia site https://starwars.fandom.com/wiki/Main_Page.

Yes, it does exist.

So, other than agreeing with Tactics’ write-up, I don’t remember being that impressed with this March 8, 2015, post five years ago.

Fast forward to today, and I think it’s really really terrific. I watched the attached video (I am so thankful that it’s still available and has survived on YouTube) for the first time this morning, and I could easily see why Tactics’ used it to bolster the words of testimony.

Go ahead and watch the video, (Tactics’ video ) and then read Tactics:

God promised judgment would first begin with us – His Church. So how did our pastor, our very own deathstarr, get to operate in a church purported to be a Bible-believing faction of truth? How did a man with a sordid, deceitful record as youth pastor in California, end up squirreled away in a place as far as the east coast is from the west coast? By creeping. Yes, just plain old stealthy, secretive creeping (2 Timothy 3). And the complicit silence of his own family and the few associate pastors he let in on the secret. But as the undiscovered menace gnawed away – he became more determined to silence any and all who would seek to reveal its deadly ray. Hence, the catastrophic destruction leveled at individuals who refuse to submit to his divine decrees.

But God says, “But he that sinneth against me wrongeth his own soul: all they that hate me love death” (Proverbs 8:36). “For the time is come that judgment must begin at the house of God: and if it first begin at us, what shall the end be of them that obey not the gospel of God” (1 Peter 4:17).

What is the connection? Why does Tactics use the Star Wars Death Star(r) to compare with Starr (Bob) Scott’s cult, Calvary Temple?

I admit that I had to Google Deathstar and here is what I found:

The Death Star was the Empire’s ultimate weapon: a moon-sized space station with the ability to destroy an entire planet. But the Emperor and Imperial officers like Grand Moff Tarkin underestimated the tenacity of the Rebel Alliance, who refused to bow to this technological terror… Star Wars Databank

Once I read this brief description, I knew immediately what Tactics had in mind.

“But the Emperor and Imperial officers like Grand Moff Tarkin underestimated the tenacity of the Rebel Alliance, who refused to bow…”

You can easily insert Bob Scott, his Henchmen and Minions for “Emperor and Imperial officers,” a.k.a. Death Star, and ex-CTers for “Rebel Alliance.”

And the video? The title for it, and for Tactics’ piece is, “Construction of a Deathstarr.”

In the video, two men did build the Lego Death Star set.

And then they destroyed it. Literally. In less than two seconds flat.

Now that is what I really liked. 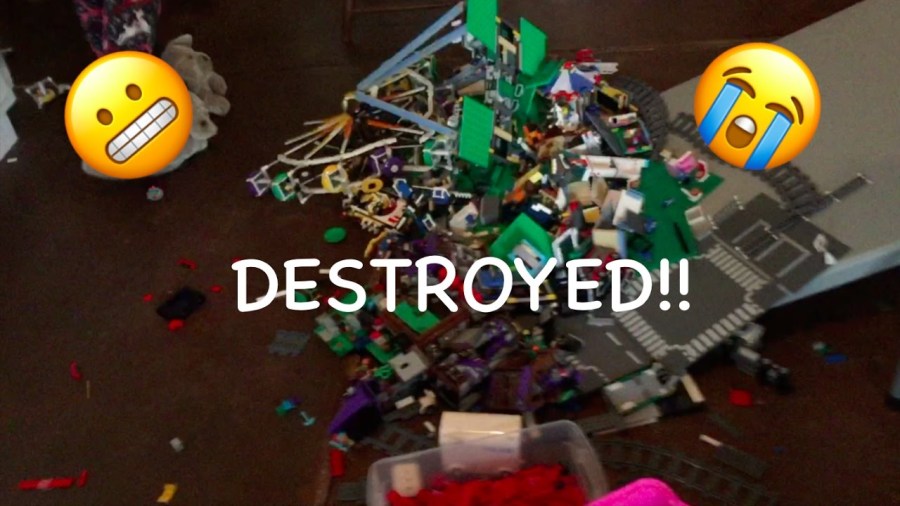 I know it may seem like a stretch to you all, but this is where my mind went:

If that Death Star set, which took over 11 hours to build can be destroyed in mere seconds, think of what God can do to Bob Scott’s little empire.

Mere seconds, Bob. That’s all it’s gonna take, when God is ready to shut you down.

For such a time as this.

But, unlike a fictional movie, what you do to people, Bob, is all too real. And it is my belief that God, as in the story of Lot, is waiting for others there that may soon be ready to have your spell lifted – maybe even shattered – and get the heck out of there. I believe that there are those left in your treacherous little cult, who are very much like I was, who are starting to see who and what you really are – an authoritarian manipulative lying charlatan who is pure evil – AND who molests children.

While the Bob Scott and Calvary Temple saga may seem unbelievable, please know that the personal testimonies, the news articles, YouTube videos – are all true; we and our stories are all too real. This is no fantasy. Calvary Temple is a blight on the Sterling, VA community. Please, do your research. Do a Google search. Go to my VIP LINKS and VIP DOCS pages.

Most importantly, stay far away from Calvary Temple.

Remember that Calvary Temple is still under an active long-time investigation by the Loudoun County Sherriff’s Office (LCSO) that has yielded one arrest, to date. If you have any information, please call LCSO. You can talk to them anonymously. 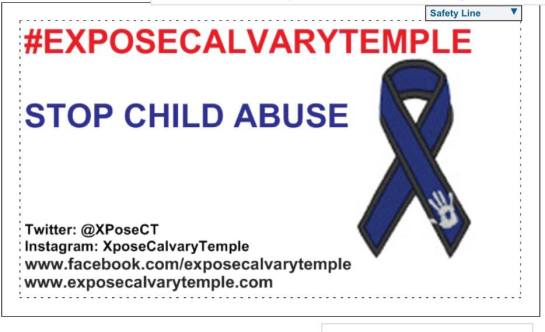 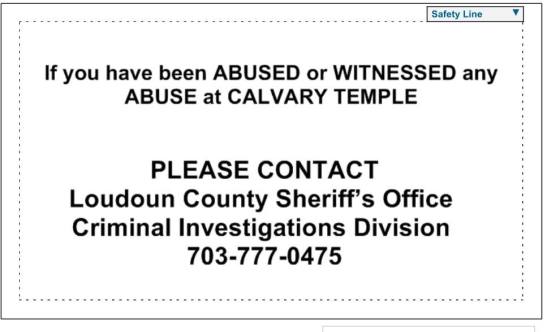